Founded in 1907 as a farm that took summer boarders, Kutsher’s Country Club became one of the pre-eminent resorts in The Catskill Mountains. Max Kutsher, his wife Rebecca, and brother Louis immigrated to America at the turn of the century in hopes of making a better life for their families. Working as tailors on the Lower East Side of Manhattan, they saved up enough money to purchase some farmland in Monticello, New York and established Kutsher’s Brothers Farm House. Business grew during the post-war boom of the 1920′s, which resulted in the proliferation of small hotels and bungalow colonies that were a retreat and haven for hard-working Jewish families living in New York City. In 1946 Milton and Helen Kutsher married with a dream of turning Kutsher’s into a renowned vacation destination. Beginning in the 1950′s, Milton took great risks to realize his vision; he borrowed large sums of money to purchase neighboring land, build more hotel rooms, create a beautiful golf course, provide additional hotel amenities and upgrade the existing facility to enhance the Kutsher’s vacation experience.

Milton strongly believed that he could set Kutsher’s apart from its competition through an emphasis on sports and entertainment. An unprecedented number of cultural icons, sport legends and famous performers all formed a significant part of the hotel’s particular history as well as that of The Catskill Mountains. Kutsher’s first “Athletic Director” was Red Auerbach – enough said. Wilt Chamberlain worked as a bellhop during high school and college and remained a significant “member” of the Kutsher family for the rest of his life. Milton, along with NBA star Jack Twyman, started the Maurice Stokes Basketball Charity Game to raise money for disabled and sick NBA veterans with NBA legends playing every summer for this great cause.

As business continued to boom during the 1960′s Kutsher’s became a second home to many families. Helen Kutsher made everyone feel welcome and part of an extended family. Mark Kutsher graduated college and returned home to manage and then expand the business his parents had grown, offering the “Jewish” experience to a widely varied, multi-cultural clientele. And let’s not forget about the food! At peak capacity, Kutsher’s served over 1100 people three meals a day, hosted countless weddings, bar mitzvahs, conventions and parties. Guests truly loved the kasha varnishkes, blintzes, brisket, pickled herring, borsht, potato knishes, matzo ball soup, gefilte fish, famous roast chicken and freshly baked challah. As comedian Mal Z. Lawrence still says – someone would check in to Kutsher’s and the front desk staff would ask what room do you want and the guest would respond “Dining Room!”

At the end of the day, the winning combination of food, entertainment and, above all else, hospitality made Kutsher’s a standout in a crowded field and filled a void in many people’s lives, providing them with a true sense of community and a much-needed break from hectic city life. It is this very tradition of great hospitality and innovation that we are bringing to this new market.

Zach Kutsher, a fourth generation member of the Kutsher family, along with partners, entrepreneur Alan Wilzig, branding guru Richard Kirshenbaum and restaurateur Jeffrey Chodorow, are bringing the spirit, fun, and hospitality of Kutsher’s Country Club to Manhattan in the form of Kutsher’s Tribeca, a modern Jewish American bistro.

Our menu, created by Chef Mark Spangenthal, a three-time recipient of two stars from the New York Times, takes a contemporary and playful approach to the canon of American Jewish cooking from small bites to more substantial offerings. Chef Spangenthal will cure and smoke his own pastrami each day, hand-sliced for sandwiches at lunch, and served as part of a charcuterie selection at dinner. Our cocktail list, created by Albert DePompeis playfully echoes the spirit of Kutsher’s golden age, while our non-alcoholic cocktails and house made sodas are fun and delicious for all ages.

We are very excited to be a part of the Tribeca community – we chose this location because of its close-knit neighborhood feel, proximity to a vibrant office market and felt it fit perfectly with the kind of restaurant we want to create. Kutsher’s Tribeca has 140 seats and has been designed by architect Rafael de Cardenas, who created a casual yet bold geometric design, taking cues from 1960’s modernist architecture while channeling the communal and family friendly spirit of Kutsher’s historic dining room.

Kutsher’s Tribeca will also provide a wide array of catering and delivery options from family dinners for four to office lunches for more than one hundred people. Private dining options of all kinds are available as well; just let us know your needs. Kutsher’s Tribeca is family-friendly in the truest sense, consistent with its 100-year history as one of the great Catskill resorts, and will seek to promote community, tradition and cultural identity for the next generation.

Remember, we are at your service!

Monday through Thursday 5:30pm to 11pm

Saturday and Sunday 10am to 3pm 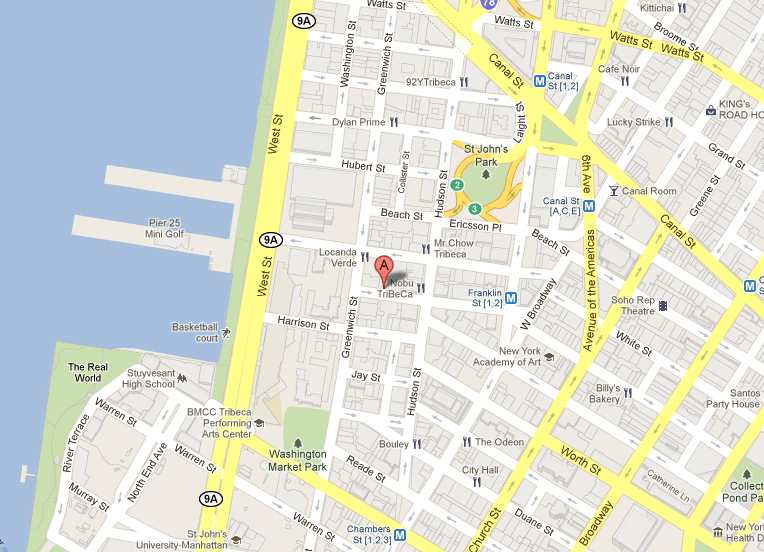 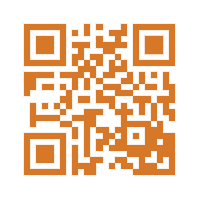 Scan to add to AddressBook